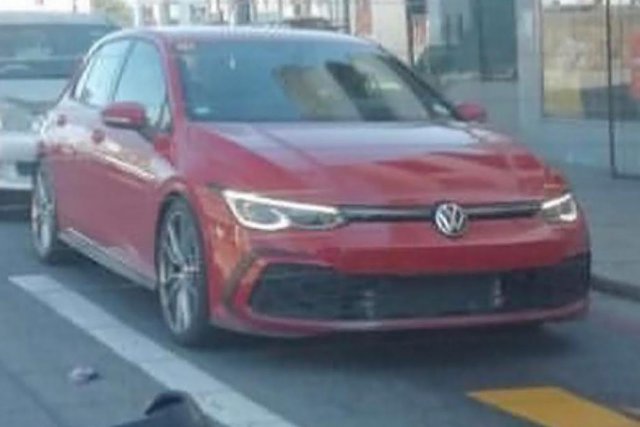 This is our first look at the all-new VW Golf R after an Auto Express reader spotted the hot hatch undergoing testing in South Africa.

Even in this single image, there are several clues that this is more focussed than any previous new Golf seen so far. First, the wheels, whose design looks very like the optional 19-inch ‘Pretoria’ wheels used on the previous-generation Golf R. Those wheels fill the arches neatly - hinting that the ride height has dropped subtly relative to the standard Golf.

The front bumper is very similar in design to the already-released Golf GTE plug-in hybrid, but a large intercooler is poking out from behind the grille panel. Unlike the GTE, the grille element isn’t illuminated, but finished in silver.

Specs of the next Golf R have yet to be confirmed, but Volkswagen bosses have already confirmed that the fastest iterations of the Mk8 Golf will have in excess of 300bhp. As before, drive is set to be deployed through VW’S 4MOTION four-wheel drive system.
You must log in or register to reply here.
Share: Facebook Twitter Google+ Reddit Pinterest Tumblr WhatsApp Email Link